It's been a while, right? Living in a foreign country sure provides a lot of blog content. Being a normal American who goes to work every day and perhaps meets up with friends once week doesn't really make for an interesting blog.

Since my last post (January 2nd), some things have happened. I had a day off of work. Adam and I watched the Golden Globes and laughed. Adam and I celebrated our one year anniversary.

We had planned to go out to dinner the night before our anniversary (I didn't have to work that day), so we went out to a wonderful restaurant and lived it up like we were rich people. It was threatening ice and snow and I admitted to Adam that I'd probably have to go home early. Instead, Adam insisted I stay at his place, telling me he had written a song for me. He got out his guitar while I sat down on the couch, and he sang me a song that led up to him getting on one knee and proposing. And I cried.

That was January 16th, and our lives have suddenly turned into a frenzy of wedding planning. We are getting married in June, and with my mom only in town for a limited amount of time (she has to travel back and forth to Mexico), we've gotten an amazing amount of things down for only being engaged for 4 weeks!

So what else can I say? I am planning a fun wedding, and more importantly I am marrying the most wonderful man I could have ever hoped for. Life is sweet.

Email ThisBlogThis!Share to TwitterShare to FacebookShare to Pinterest
Labels: Being Old, Life, Manfriend

We had a very busy Christmas around these parts. My brother's family came in for the weekend, and we celebrated Christmas Eve with some members of our extended family (and a couple of friends). Manfriend makes great In-n-Out style burgers and he was commissioned to create them for our Christmas Eve get together. 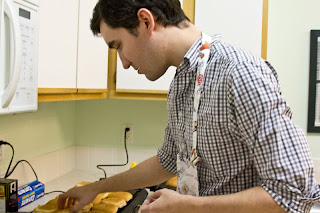 We had a great time just hanging out, eating, and enjoying each others' company. 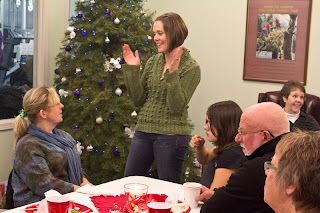 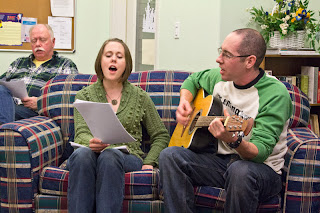 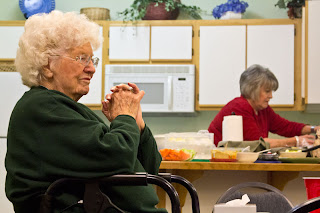 On Christmas morning, we woke up (the girls and I first, as we were sharing a room), and opened presents. 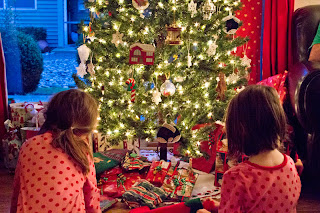 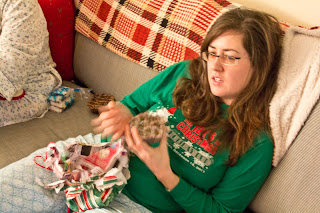 After opening presents, we went over to the house my cousins were renting, and had brunch. And karaoke. Karaoke on Christmas? I guess there's a first for everything, but it certainly was worth it to see my brother and sister-in-law bust out "Bohemian Rhapsody", with my cousin Scott doing backup and my mom laughing hysterically.

Manfriend and I took off from that party and headed to Washington to visit his family for a few days, which was nice and relaxing. There aren't too many exciting pictures from that, except we did take a nice portrait before we left. 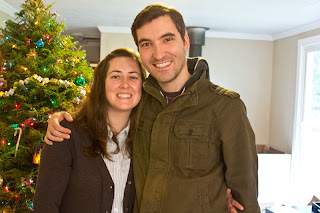 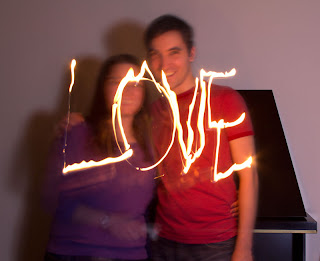 Email ThisBlogThis!Share to TwitterShare to FacebookShare to Pinterest
Labels: Manfriend

Posted by Meghan at Saturday, December 31, 2011 No comments:

Email ThisBlogThis!Share to TwitterShare to FacebookShare to Pinterest
Labels: Words to the Wise

Disclaimer: I never read The Invention of Hugo Cabret, and I didn't know much about the story at all. I should have read it, considering when it came out I was still in the teaching world, but, I did not.

If Martin Scorsese is directing a film, you just go to see it. A huge departure from his other movies, Hugo focuses on an orphan boy who lives in a Paris train station, and struggles to stay hidden. He holds close a treasure his father found, and is determined to keep it and fix it, as his father always wanted to do. A run-in with a shop owner changes everything for Hugo and he has to fight to keep what is his. Fortunately, a beautiful, intricate story unfolds. 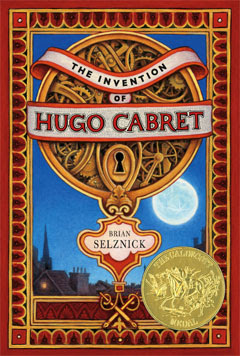 We went to see the movie in 3D. This wasn't our intention but was our only choice for an evening showing at this particular theater. The 3D didn't seem to add much to the visuals, other than some cool clock gears here and there.

However, the visuals were stunning in their own right - the costumes and the scenery added an incredible depth to the story. And the story was good. I felt it was a little long, or lagging in some places, but the scenery and the acting made up for it. I also thought that the story felt incredibly original and a nice break from many of the kids' movies that are out today.
Posted by Meghan at Wednesday, December 21, 2011 No comments:

Email ThisBlogThis!Share to TwitterShare to FacebookShare to Pinterest
Labels: Movies

I ran that 12k yesterday.

The 12ks of Christmas race was held in Kirkland, Washington. I was encouraged to come run the race by Stevie, Adam's sister. She started running last winter, and has run a few races. I imagined that signing up for a 12k would help motivate me to get back into the running shape I was in before.

When signing up for the race, I mentioned to Stevie, "I should check out the elevation map on this thing", knowing that hills and inclines are not my best friends. Stevie replied, "Kirkland's flat!" Aha! Okay! Spoken just like somebody who knows what they are talking about. 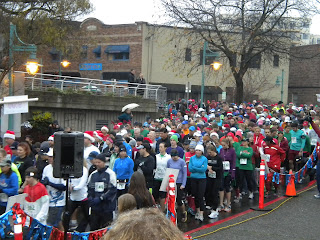 Except she lied to me, and by the time I was already chugging up the second huge hill I was mentally shaking a fist at her. Unfortunately, she was long gone, in front of me.

The first half was brutal. Absolutely brutal. We realized after we arrived at the race that there was a larger hill at the very beginning. We thought this was doable: attack that hill and then the rest had to be downhill or flat. So, so wrong.

Instead, there were big hills for almost the entire first half of the race. And like Stevie commented after the race, you would get down with a hill, level out, and then go up another hill.

I made fairly good time during the first mile and a half (about a 9 minute mile), and that gave me a good head start, but those hills really did a number on me. I even had to stop and walk 2 times, and I've never walked in a race before.

Fortunately, there were downhills, and I made good time at the end of the race. My official time was 1:17:33, which makes for an average of 10:25 miles. I can't help but think that that's not bad for having walked a couple times, and for those stupid hills.

I also can't help but think what my time would have been had the course been flat. Grrr...

Adam snapped this picture of me at the end of the race. 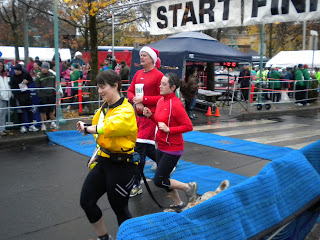 And this picture of Stevie and I in our post-race eating frenzy. No, I do not know why I'm making that face. 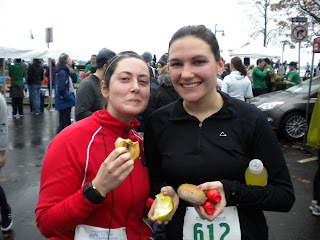 I found this video on Mark Remy's blog at Runnersworld.com . I think it's great, not just because the drawings are great (they are) or the presentation is interesting (it is), but because of the message (which is not just about running).

Email ThisBlogThis!Share to TwitterShare to FacebookShare to Pinterest
Labels: Czech it out, Running, Words to the Wise
Older Posts Home
Subscribe to: Posts (Atom)

Meghan
I'm a preschool English teacher in Mexico. I work at a missions base. I like Jesus, running, reading, music, peanut butter and jelly, sewing, accordions, typewriters, and laughing. I like laughing a lot.